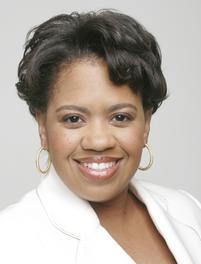 The Sermoonjoy Organization of Funds is the brainchild of Chandra Wilson. This family woman, philanthropist, noted television, stage and film actress never wants to forget all that it took to acquire her success. Nothing brings her more joy than giving, especially to those organizations already doing the work and research in a given area.
The Sermoonjoy Fund was created to financially help specific charitable and nonprofit organizations close to
her heart.

She created The Sermoonjoy Scholarship Fund because when she was in high school, there was only one scholarship (the Musicfest Scholarship) for which High School for the Performing and Visual Arts (“HSPVA”) seniors could audition and win. Ms. Wilson, who worked hard for 3 ½ years with the goal of receiving this award, auditioned for the scholarship during her senior year and did not win it. She remembers being heartbroken, knowing that this was the only scholarship opportunity she would have. Despite not having enough means to fully fund her education, Ms. Wilson accepted the offer to attend the New York University Tisch School of the Arts (“Tisch”). While at NYU, the tuition and housing costs increased every year. At the end of each semester, Ms. Wilson found herself writing a letter to the Dean of Tisch pleading for extra funding so that she could continue her education. Alas, she had to take a leave of absence for the last semester of her senior year because she could not afford to pay tuition. However,
Ms. Wilson was able to attend the first summer session 5 months later and complete the 2 classes she needed
for graduation!
The Sermoonjoy Fellowship Fund was created because while auditioning and working in shows in New
York, Ms. Wilson had a need and desire to attend dance classes or private voice lessons. However, there
was never any additional money to take classes on a consistent basis. Ms. Wilson spent a majority of her
time looking for grants and fellowships, but could not find anything that addressed her specific need. As an
actor, she recognized that to remain current and castable, skills must be kept up to par. This fellowship is for those who are trying to stay current.​